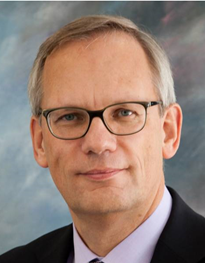 The ITER Project represents an international project comprising the construction, operation, scientific exploitation as well as deactivation and decommissioning of a facility that aims to demonstrate the scientific and technological feasibility of fusion energy for peaceful purposes. More specifically, one of the main objectives of the ITER Project is to generate 500 megawatts of fusion power for periods of 300 to 500 seconds.

The ITER Machine is based on the ‘tokamak’ concept of plasma magnetic confinement, in which the fusion fuel is contained in a doughnut-shaped vessel. The fuel - a mixture of Deuterium and Tritium, two isotopes of Hydrogen - is heated to temperatures in excess of 100 million degrees Celsius, forming a hot plasma. The plasma is kept away from the vessel walls by strong magnetic fields produced by superconducting coils surrounding the vessel and an electrical current driven in the plasma. As a first in the history of fusion research, the ITER Machine will be able to produce a burning Deuterium-Tritium (DT) plasma in which the majority of the heating needed to sustain the fusion reaction is produced by fusion-generated alpha-particles. The production and control of a self-heated plasma has been the goal of fusion research for more than 50 years. Therefore, the ITER Machine will allow full exploration of the science relevant to fusion power, as well as testing key technologies for future power plants.

With this, the ITER Machine will also be the world’s first nuclear fusion machine at reactor scale. To this end, the ITER Machine will be designed, constructed and operated with a high level of safety and quality as an essential requirement. The safety approach will be driven, to the maximum extent achievable, by the deployment of the favorable safety characteristics, which are inherent to fusion processes.

The complexity of the machine itself is made even more complex by the funding arrangements of the ITER Agreement, under which components are being supplied by 7 ITER Members around the world (China, EU, India, Japan, Russian Federation, South Korea, US), placing extraordinary emphasis on the management of interfaces and application of effective Project Management and Systems Engineering principles.

The keynote speech will describe the principles of fusion power generation and how Systems Engineering is applied to the ITER Project to ensure that the ITER Machine will generate the desired fusion power.

Dr. Hans-Henrich Altfeld is Director Project Control Office of the world’s largest fusion energy research project, ITER, based in Southern France. At the center of his >30 years of professional career is the management of complex technical products all along their lifecycle, using structured approaches such as Project Management and Systems Engineering.

Prior to joining ITER in January 2017, he served as Global VP for Program Management with Johnson Controls, one of the largest first tier suppliers to the automotive industry. His responsibilities included the development, delivery and continuous improvement of the product development culture for the company’s seating products.

Some of Dr. Altfeld's previous executive roles included the setting up and leading of the Center of Competence ‘Project and Program Management’ at Airbus Toulouse, France, as well as the Project Management Office for the development of the A380 wing at Bristol, UK. He also served as VP Production at Airbus’ plant at Hamburg, Germany.

He received his PhD in 1989 and has since held positions with several aerospace industry organizations, among them Messerschmitt-Bölkow- Blohm, DASA, Dornier Satellite Systems, and the European Aerospace Industries Association. In 1999 he joined Airbus as Director for A380 Strategic Issues and Organisation Development, where he was in charge of developing the 'design-built team'-based organization for the 5.000 employees involved in the development of the Airbus A380.

Dr. Altfeld is a member of the German Engineers Society, Honorary Chairman of the Royal Aeronautical Society (RAeS) Hamburg Branch and during the term 2007/2008 was also a member of the RAeS President's Council. He is the author of the book ‘Commercial Aircraft Projects: Managing Complex Product Developments’, which has been published in English and Chinese.